However, as you can see from the chart below, the percentage of firms reporting to us that sales are “pretty flat” has actually increased from the 28% reported in 2014 to 35% in Feb. 2016. That means that approximately 50% of our industry is still struggling to some degree fighting either a decline in sales or that sales remain “flat.” 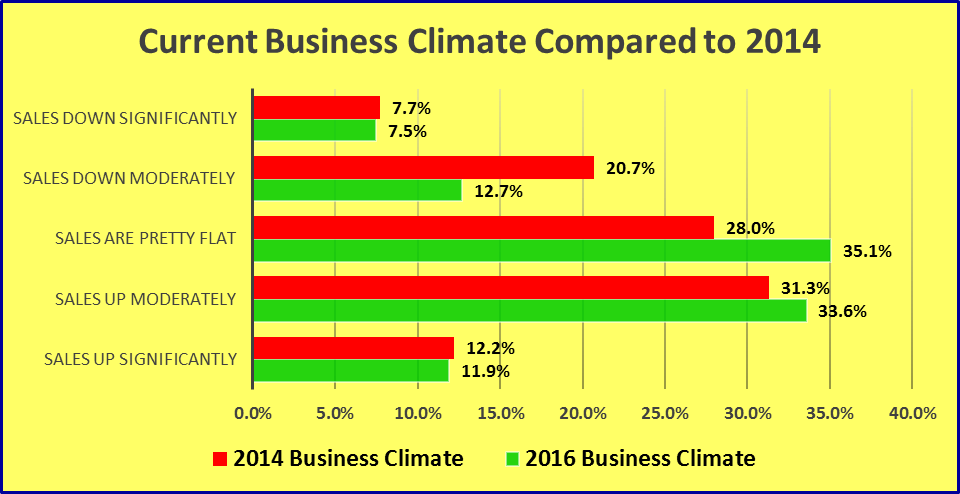 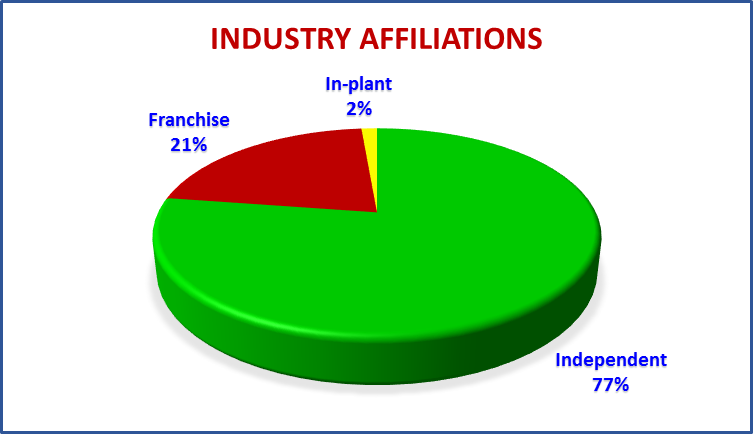 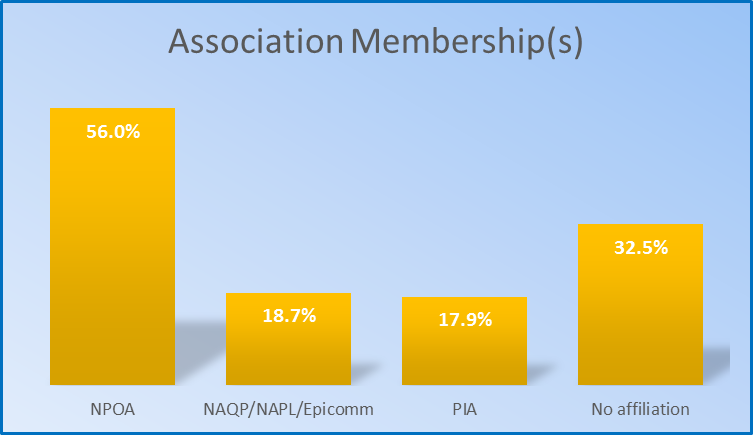 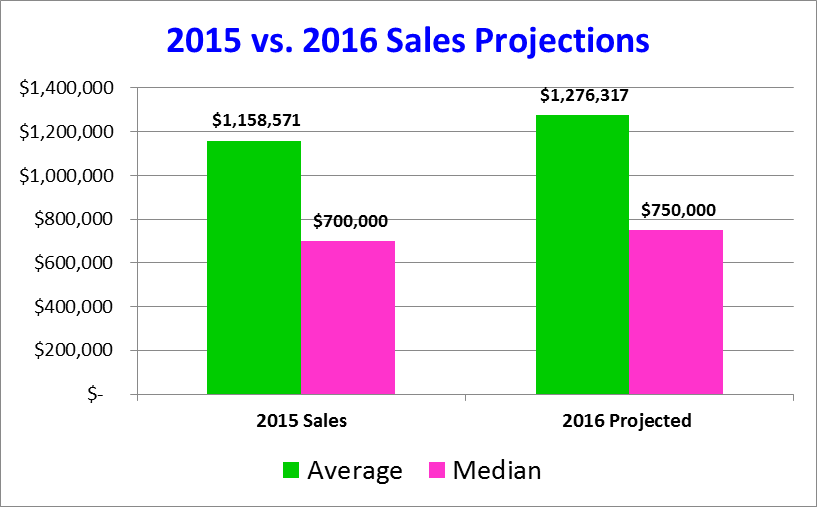 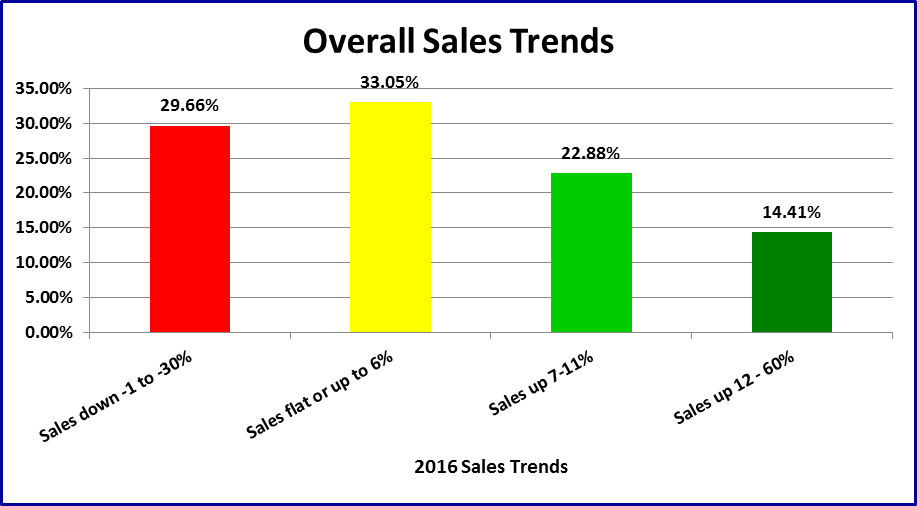 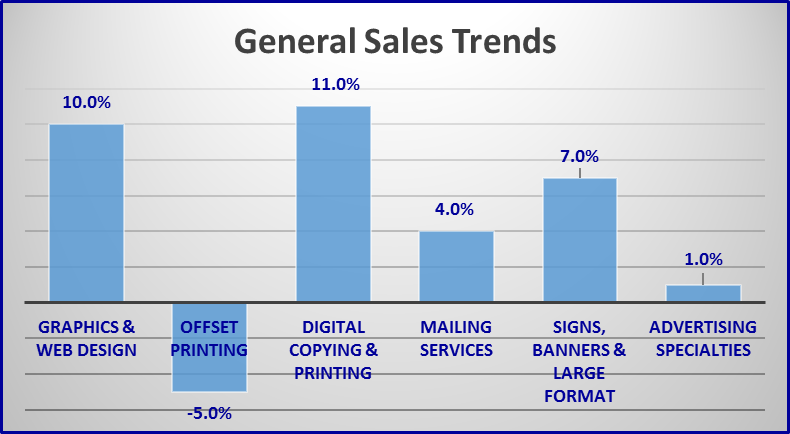 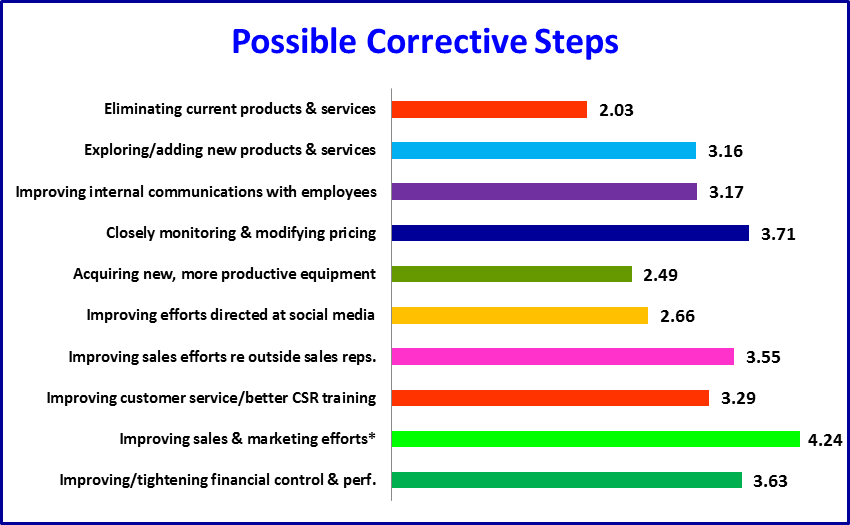