As many of you know, I served as a founding member and as the first Executive Director of the National Print Owners Association (NPOA). As a consequence, I spent the vast majority of my time dedicated to building the association and its membership, conducting dozens of industry surveys and publishing a variety of research reports on its behalf. 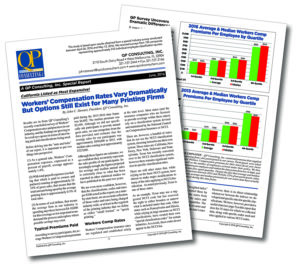 As much as I enjoyed building the association and marketing its services, I found myself growing increasingly frustrated with the board that I had appointed when I first incorporated the association. Unable to resolve basic issues as to the the direction of the association, I submitted my resignation as Executive Director to the Association’s Board of Directors in late October of 2015.

I formally resigned as NPOA’s Executive Director effective January 31, 2016, and decided to return to the things I most enjoy in this industry – creating and publishing research studies and surveys of value in the printing and mailing industries. I will also return, to a smaller degree, to another area of special interest and that is preparing business valuations for owners interested in either selling or buying printing businesses. You can read more about the latter by clicking here or the “Valuation” tab at the top of this page.

I also expect to be introducing some brand new services during September and October of this year. For right now, we’re keeping most of our plans under wrap, but I have been serving the printing and mailing industries for more than 30 years, and I have no plans to stop now. I love what I am doing and I have no plans whatsoever to sit back and relax.

In the coming weeks and months this page will undergo numerous changes and additions (especially as I try to learn WordPress <g>), so I encourage you to bookmark this site and return frequently. I also would like to suggest that click on the Membership Tab above (top right) and Sign-up as a member. That will allow you limited access to special articles and surveys I will be conducting. I will also use the email addresses you provide to contact you when we are conducting surveys or when we release a new study. I promise not to inundate you with unnecessary emails.